This draw brings the total number of invitations this year, also known as Letters of Advice to Apply (LAAs), up to 3,671.

The LAAs were distributed as follows across the immigration streams, along with their minimum required Expression of Interest (EOI) score.

This was Manitoba’s 99th draw since the program began in April 2014.

Of the LAAs issued today, 18 were issued to candidates who had an Express Entry profile and a job seeker validation code. Express Entry is the system that the federal government uses to manage permanent residence applications.

Those who receive a provincial nomination are awarded an additional 600 CRS points and are practically guaranteed receiving an Invitation to Apply (ITA) in a subsequent Express Entry draw.

Under Manitoba’s EOI system, candidates are ranked  out of 1,000 points for multiple factors including the candidate’s work experience, education, English or French language ability, Manitoba connections and other factors.

Successful candidates in the Skilled Workers in Manitoba stream must meet certain criteria, such as having a full-time permanent job offer from an employer in Manitoba.

Get more information on Manitoba PNP.

The Saskatchewan Immigrant Nominee Program (SINP) sent out invitations to candidates in the Express Entry and Occupations In-Demand categories.

The SINP has invited 2,740 Occupations In-Demand candidates so far this year. Combined with the 2,245 candidates invited to apply for a provincial nomination through the Saskatchewan Express Entry sub-category, the total number of invitations issued in 2020 is now just under 5,000.

The minimum score required in the September 24 draws was 82 for both sub-categories.

In the latest invitation round, Saskatchewan issued 278 invitations to candidates who had profiles in the federal Express Entry pool.

There were 257 Occupations In-Demand candidates invited to apply for a provincial nomination, and like the Express Entry sub-category, candidates needed a provincial score of 82 in order to be chosen.

The September 24 draw issued invitations to candidates in 81 occupations including senior managers, sales representatives, and machinery operators among others. 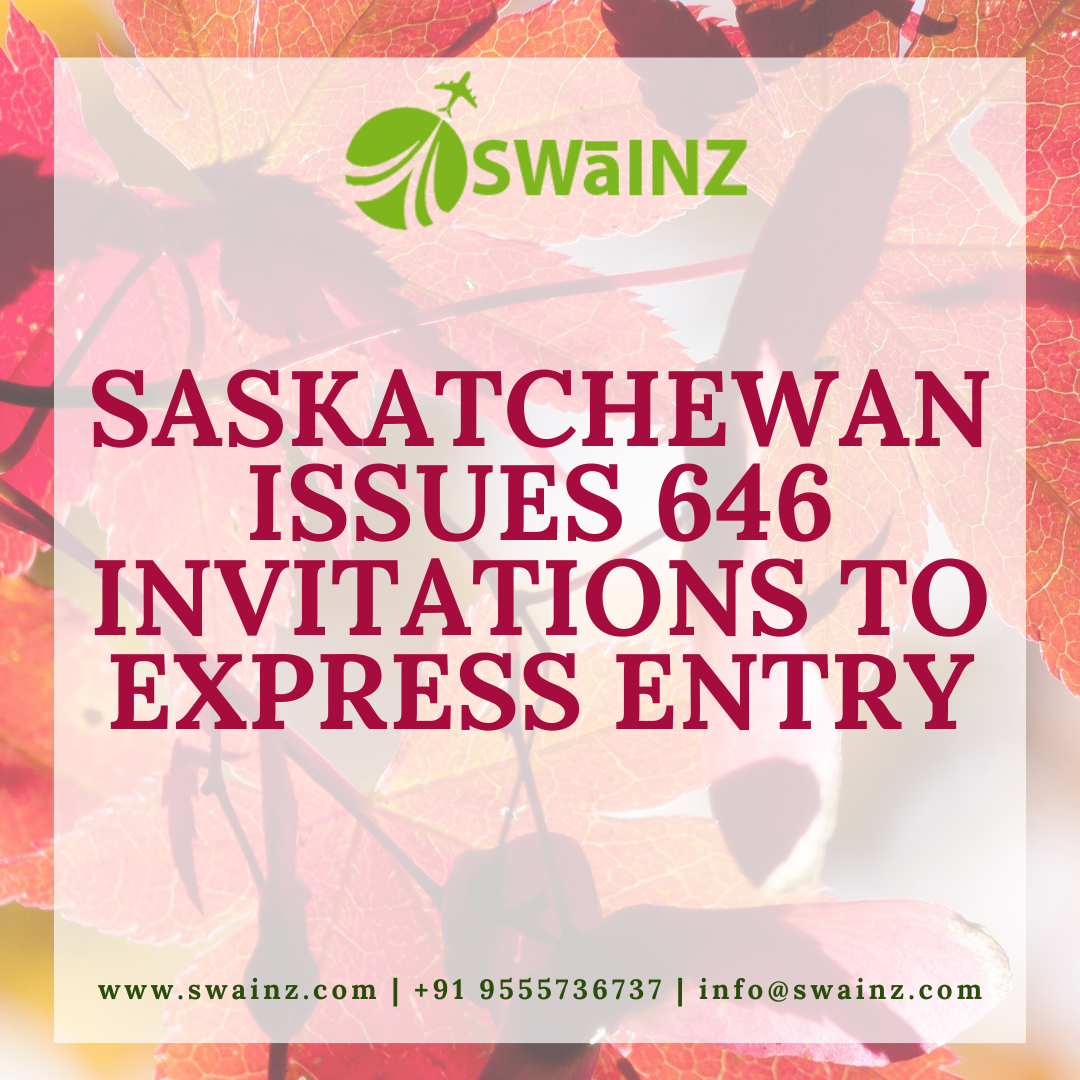